What’s the Right Number of Dates Before Sex?

What’s the Right Number of Dates Before Sex?

You’re with a new partner, and things are going well, so you’re looking to take it to the next level. We’ve all had the question, though – how many dates should you have before sex? Dates, like garlic, truffles, salmon, and figs, are a classic aphrodisiac. They’re rich in amino acids, known to boost stamina, and their sticky, squishy interiors are packed with nutrients and minerals.

Just kidding – we know you didn’t mean dates like the fruit. (Although, the research does show that you could do worse than incorporating a few dates into a sensual dinner.) The truth of the matter is though that there are no hard and fast rules around sex and dating. Maybe you’ve heard of the Sex and the City “three-date rule” (where you wait until the third date to have sex), or you’re waiting until marriage, or maybe you’ve even had a first date where you just can’t keep your hands off each other. Whatever makes both of you feel comfortable is the best answer to the question.

On Which Date Should You Sleep Together? 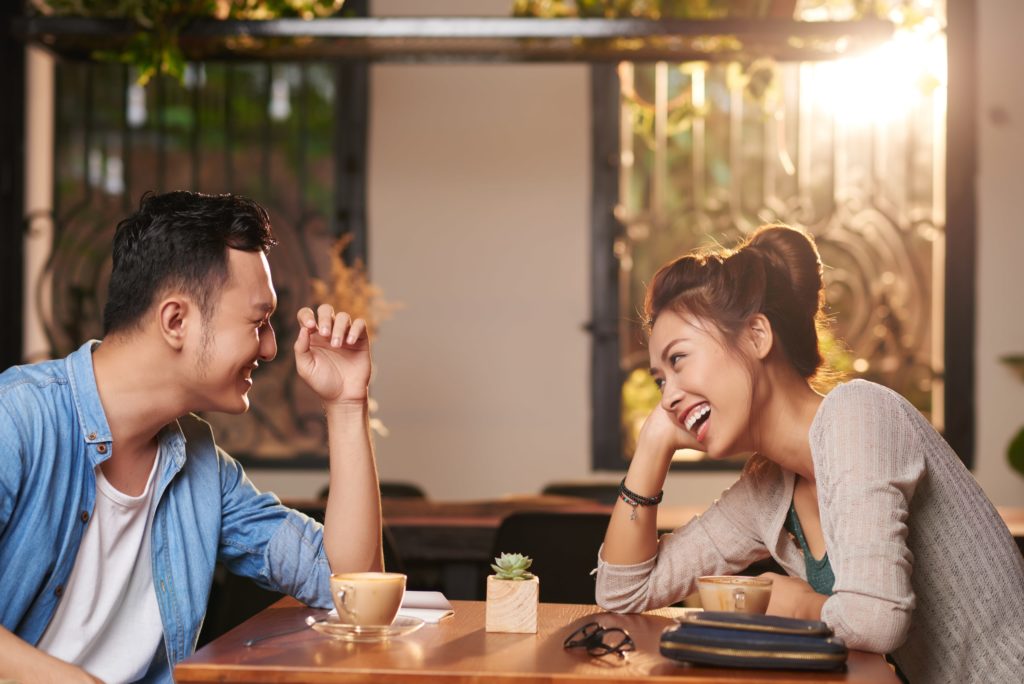 Cultural attitudes towards sex and dating are always in flux. In 2017, Groupon conducted a study of 2,000 U.S. adults. The study found that the average person thinks waiting until date number eight to have sex is the right amount of time. Let’s break that down even further: on average, study results concluded that men feel that they might be ready for sex any time after date number five. However, on average, women said that they expected to wait until date number nine, at least.

How Many Dates Before Kiss Goodnight?

The data on a goodnight kiss seems to show that people are moving more slowly in that arena, as well. According to the same study, the average couple waits to kiss until the second date. Seventeen percent of people say they “always” kiss on the first date, but forty-five percent say a first date kiss is never in the cards for them. Thirty-nine percent remain undecided, saying they would consider a kiss on the first date – but only if the date went really well.

How to Know if You’re Ready for Sex

Despite all of this new data, Glamour magazine says that the five (or nine) date rule is NOT the new three-date rule. It’s not about how many dates before… Relationship timing is all about what you decide you want together.

So, with that being said, how do you know if you’re ready? In some cases, the decision is all instinct. But sometimes, it can be hard to tell. Licensed sex psychotherapist Vanessa Marin offers some suggestions on how to know if you’re ready for sex.

Do You Know What You Want?

Have You Talked About Safe Sex?

It might not be the hottest topic, but you should feel comfortable discussing your health and needs with someone before being intimate with them. There are nearly 20 million new cases of STDs diagnosed every year in America. Of those cases, nearly 1.8 million are active chlamydia infections, and nearly 600,000 are gonorrhea. Despite all these scary figures, only about 36% of the population know that STIs have become more common in the past decade, and only 13% know how many people in the U.S. have an STI. Talk about sexual health, and make sure your partner has been tested recently. Know what kinds of protection you’ll use, both for disease prevention and as birth control, and talk about it.

Have They Gained Your Trust?

Sex isn’t just about chemistry, although that’s important too. It’s about trust. Probably the most important question you can ask yourself (besides “do I want to have sex with this person?”) is, “Do I trust them?” Forget old-time questions like “how long should a woman wait before sleeping with a man?” This isn’t Downton Abbey, and social rules and expectations are no longer the most important guiding light. Instead, ask yourself if you have the desire to sleep with them, if you’ve communicated your boundaries clearly, if you’ve talked about safe sex, and if they’ve met all of this with respect. If you feel uncomfortable with them, it’s probably a sign you shouldn’t have sex with them. Remember, sex can be awkward or emotional sometimes – ask yourself if this is someone you would be comfortable getting awkward or emotional with.

There are no rules for when to have sex with someone. On average, people say they tend to wait for around eight dates before sleeping with someone, but there are always exceptions. Communicate your boundaries and desires, and if you’re both on the same page, then nothing should stop you from making your own decisions about intimacy. What’s most important is whatever makes you and your new partner feel comfortable.

Monica has a morning of licking and fucking her dog Bone.

The Benefits of Playing Free Slots

Taking my wife Margie from being a ‘good’ wife, to being a ‘fucking whore’.

How to get a Russian Partner