Why Are You Bleeding During Sex?

Why Are You Bleeding During Sex?

Postcoital spotting or bleeding during sex or at times even after having sex is a little more common than you might think. Read on to find out what bleeding after sex means and when you should be concerned about it.

Why Am I Bleeding After Intercourse? 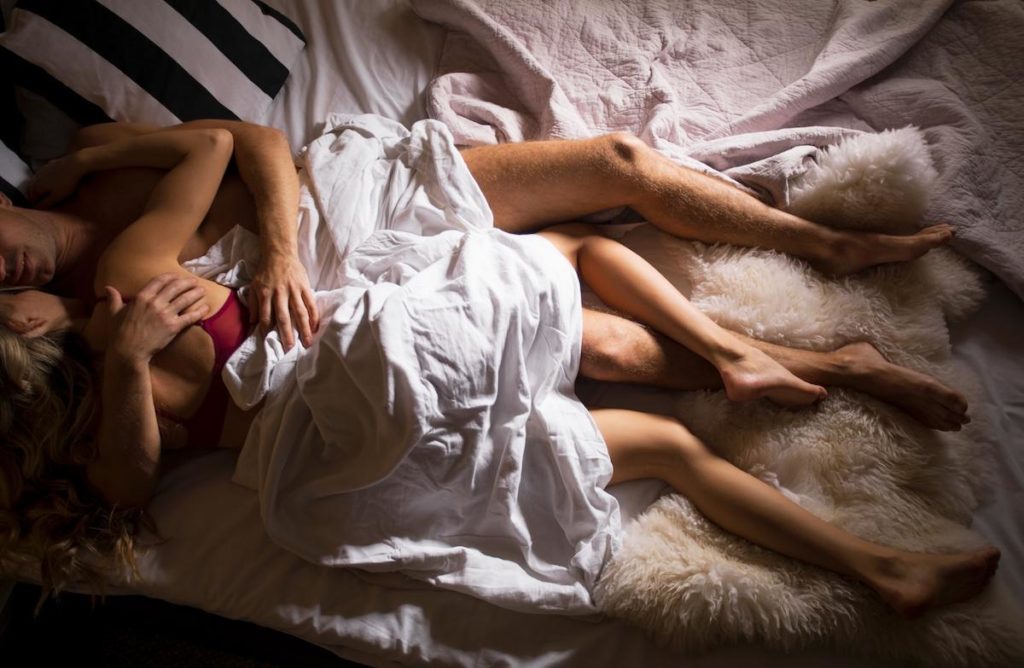 Here are a few less common reasons why women may bleed after sex:

Here are some more serious, though rare, conditions that may also lead to bleeding after sex (these conditions require medical attention):

What Is Considered Vaginal Bleeding After Sex?

You may even have brown discharge after sex instead of pink. Rest assured, this is most likely normal and not a huge cause for concern. The question most women have is: Is it normal to bleed after sex? Yes, it can be a totally normal occurrence.

During pregnancy, many women notice they tend to have very light bleeding or spotting after sex. Again, this is usually normal and isn’t a cause for concern. If the bleeding is followed by cramping or a substantial stream of blood, you should consult your physician or visit your local emergency room.

Can You Prevent Bleeding After Sex?

Using water or silicone-based lubricant can eradicate the bleeding problem for most women. When the vagina is too dry, the friction caused during sex can lead to bleeding after sex. Lubrication will not only help prevent bleeding but will also make intercourse less painful and much more enjoyable.

As women age and their cycles change post-birth, the vagina may dry up quicker than it used to during intercourse. The use of lubricant can help the session last longer and improve sensation for both partners.

When Is Bleeding After Sex a Problem?

Some light spotting after sex is usually quite normal; however, if there is a lot of blood or cramping following intercourse, you may want to reach out to your physician. Getting an annual gynecological exam will help you prevent serious issues from becoming worse.

Who Is at Risk for Bleeding After Sex?

When to Be Worried

In most cases, bleeding after sex is normal. In rare cases, it can signal something more serious. Here are some signs to look out for that mean you should consult a physician immediately:

Bleeding after sex can sometimes be a symptom of cervical or uterine cancers. However, it is important to remember these cancers are rare overall. They usually affect women over age 50, who have already completed menopause. If you are over the age of 50 and suddenly noticing you are bleeding sporadically or after sexual intercourse, make an appointment with your doctor.

Early detection is key to survival, so it’s important to see your doctor as soon as possible.

What Will My Doctor Look For?

If you schedule an appointment with your gynecologist concerning bleeding after sex, you can expect your physician to do the following:

Your doctor will ask you some questions about the bleeding. Remember to be as upfront and honest as possible. If you are asked about your sexual activity, be honest so that your doctor can make an accurate assessment of your health.

The best way to make sure you are safe from diseases and infections is to practice safe sex. Limit your partners whenever possible, and always use protection with people you do not know. This can dramatically reduce your chances of contracting a sexually transmitted disease.

When it comes to cancer, the best way to keep yourself healthy is to visit your doctor regularly. Regular pap tests will signal abnormalities to your doctor immediately.

In rare cases, bleeding after sex can be a sign of something more serious. To be safe, monitor your postcoital bleeding. If you notice the bleeding worsening or any other side effects going along with it that may be worrisome, schedule an appointment with your doctor today. He or she will be able to examine you and help determine the cause and whether it is something to worry about.