10 Steps to Help Initiate Sex in the Bedroom

10 Steps to Help Initiate Sex in the Bedroom

Sex is a lot of fun, but the concept of being the one to start the conversation can be a little bit intimidating and awkward, especially if you’re with a new partner or if you’re naturally shy.  But what if there was a better way? 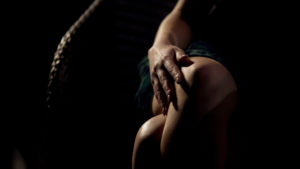 Initiating sex is precisely what it sounds like. The person who initiates makes the first move. However, the first move doesn’t have to be a sex move; instead, it can be a conversation or even an invitation. Instead of looking at how to get a girl to have sex with you or sex tricks to do on your boyfriend to get him into bed, starting with an invite or even a suggestion is often much more prudent.

After all, the idea that the man must initiate sex is pretty outdated. In fact, anyone who wants to initiate sex can and should do so.

How to Initiate Sex

The details really depend on your individual situation, whether you’re with a partner or someone new. But here are a few ways to bring sex into the conversation.

There’s an old fashioned notion that is unfortunately still floating around about men having to be the ones to initiate sex because, supposedly, men are always up for sex. This is simply not true. You don’t have to be a man to initiate sex. In fact, you don’t even have to be the “more outgoing” partner.

Depending on where you are and who you’re with, bringing up sex may or may not work. Does the person who you want to have sex with seem like they’d be receptive? Does now seem like a good time?

Give them a look or a hint to get the conversation rolling. If this is someone you’ve met recently, consider asking if they’d want to come over. Remember, there’s no need to rush into sex, but there’s nothing wrong with going for it if you’re both in agreement.

If this is a current partner, pick something that’s a turn-on for them and use that as your hint. You might even just take your partner’s hand and lead them to the bedroom.

At some point, especially if you’re with someone new, you’ll need to make sure that your partner knows what’s on your mind. If this is a first date or a hookup, start with a conversation, and see where things go from there. At some point, though, you’re going to have to ask for what you want.

If this is an existing partner, you can get a little more specific. Do you want to go down on them? Do you have a new idea to try? This is a person that you’re in a relationship with, so don’t be shy about asking for exactly what you want.

If you’re not up for saying, “Hey, let’s have sex!”, there are a few other ways to ask for sex that is slightly more subtle.

Do a Safety Check

A mental safety check should always be one of the steps to having sex. You’ll want to make sure that protection is discussed, and within reach, before you get too hot and heavy. If you’re doing something with kink, make sure that you and your partner are going to be safe.

For instance, if you’re using handcuffs, make sure the key to those handcuffs is somewhere safe and in reach because that’s going to get pretty awkward if not.

It’s Only Weird if You Make It Weird

Sure, doing anything for the first time is awkward. But your first experience initiating sex with someone doesn’t have to involve awkward sex. Instead of thinking about the concept as something intimidating, focus on being excited.

Take It Slow if Needed

Especially if you’re with a new partner. Maybe start with a kiss and ask them if they’re open to seeing where that goes.

Whether you’re with a new partner or with a significant other, consent is critical. You want your partner to be engaged and having as much fun as you are- it takes two after all.

If your partner is quiet, hesitant, or simply seems uncomfortable at any point, stop what you’re doing and check on them. It can be as simple as asking them if they are alright, but it’ll send a clear message that you value their desires and comfort.

While asking for sex is empowering, there are some situations where the question should be saved for later. For instance, if you’ve just met someone, jumping to the “Do you want to have sex?” question immediately is a little fast. Likewise, if you’re trying to start something with your significant other, but they have plans with friends or family, wait until after that’s done.

Be Prepared for “No”:

In a perfect world, asking for sex would result in sex. However, for various reasons, the person you’re asking may say “no” or “not right now.” It can be a bit of a downer if you’re really trying to get laid, but no means no, and you need to respect that.

If this is a new person, maybe you’re moving faster than they are ready to move, or maybe they aren’t attracted to you in that way. If the latter is the case, don’t be too hard on them or yourself. Sexual attraction can be a fickle thing, and if there’s no chemistry, why push it?

If it’s a significant other, maybe they’re just not up for it at the moment. Just remember to talk to them and find out what’s up.

Be Prepared for the “Yes”:

If the person you’re asking is up for having sex with you, make sure you have a “where” and “when” in mind.